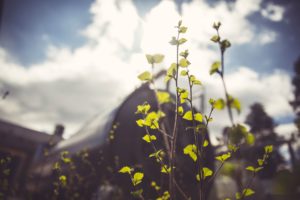 U-Cont participates in the distribution station days in Jyväskylä on 4.-5.10.2017

The program includes, among others, an overview of service station technology, various safety issues, and the development prospects for automotive fuels and propulsion. In conjunction with the seminar, the Jyväskylä Pavilion offers the a chance to get acquainted with the newest offering in the field.

U-Cont presents service station days solutions from terrestrial distribution stations on his stand. The AdContain distribution point is a visually unique and technically smart solution. Unique aboveground tanks are made at the same level of security as underground solutions.

AdContain makes it possible to develop a new kind of appearance for the entire distribution chain, it is extremely safe and cost-effective due to minor earthwork, fast installation, easy maintenance, and small space requirements.
Published 28.9.2017

Apocalyptica to play at U-Cont in 2017

Finnish cello metal band Apocalyptica will have a consert at U-Cont in the summer 2017. Apocalyptica has sold more than 4,5 million albums worldwide. Apocalyptica will mainly consentrate on Metallica songs in the concert to celebrate their first album, consisting og Metallica covers only, that was released 20 years ago. 15.12.2016 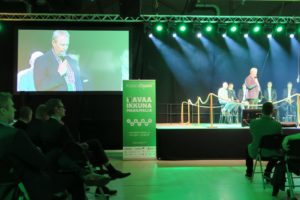 U-cont takes part in the safety and environment days of service stations and oil products storage in Hämeenlinna, Finland, 28.9.-29.9.2016. U-Cont has a stand in the exhibition of service and product suppliers and the CEO of U-Cont, Jari Sistonen, holds a speech at the event with the topic ‘Above Ground Storage System for Gasoline’. Published 26.9.2016

The 50th birthday celebration of U-Cont culminated in effervescent rock

U-Cont partied its 50 years in business with a celebration dinner and concert of a Finnish rock legend Ismo Alanko. The concert was held in the U-Cont factory and more than 700 people took part in the consert. Also, first steps of handing off the ownership to the nest generation of the family was published in the celebrations.
We would like to thank all well- wishers, everyone who took a part in the celebrations as well as partners and customers for the years we have passed. Published 27.6.2016 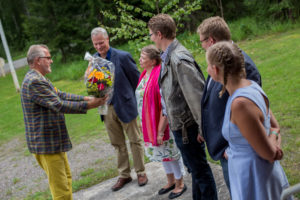 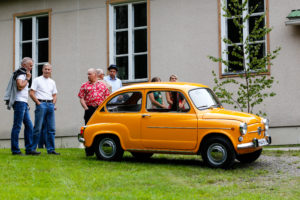 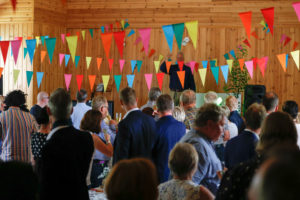 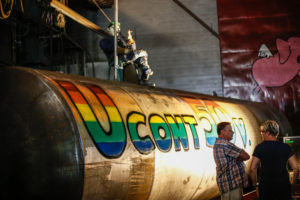 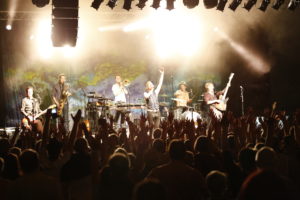 With globalization and digitalization remote markets are now reachable also for backwoods companies. Recently, U-Cont Ltd received guests from Africa to its head office in the Countyside of Finland. The fruitful visit left thoughts lingering in the minds of U-Cont’s developers: indeed, snow load is not an issue in most of the world. The guests dreamt of light and easily transported U-Cont filling stations, a dream that resulted in the development process of D-model filling stations.
“Filling stations had to be re-invented, and that has now been done”, comments Jari Sistonen, the managing director of U-Cont Ltd.
Globalization has been partly driven By containers, an innovation that revolutionized the global logistics. The tank of D-model petrol station works as a shpping container and the rest of the filling station, from canopy to dispenser, are tranported inside the container tank. This decreases the need of space, protects the equipment and makes the transportation easy and inexpensive.
The local infrastucture was also taken into consideration in the development process. For example, decrepit roads hinder the use of cranes in many years. Therefore, the new filling station is designed to be installed without cranes: the tank can be driven straight to the pint and the canopy installed with only manpower.
A lot of the existing products qualities of the North European model were tranferred also in the D-model, directed to the new market. The most important quality was the Nordic standard for product safety that has kept the thousands lakes in Finland drinkable heretofore and will continue to keep them so.
Environmental safety, safe use and installation as well as safety against terrorism needed to be ensured in an inexpensive way.
D-model is officially published June 14th in Uniti Expo, a trade fair for retail petroleum and car wash sector held in Stuttgart, Germany. The manufacturing of D-model is planned to begin in October 2016. Some buildings lots have already been prepared in Kenya. Also, construction permit applications and financial arrangements have begun in cooperation with customers who participated the product development process. Patent is pending for the D-model filling stations.
“We expect a lot from sales of the product in the coming years. Also, the new product is a great start for expanding our filling station business in the developing countries, in which the growth rate of the economies is on a different level than in our odinary markets”, comments Jari Sistonen.
We are happy to tell more at our stand 5B01 in UNITI Expo 14-16 June. Published 13.6.2016 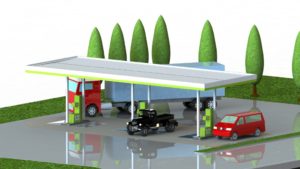 U-Cont Ltd was chosen as the winner of Kasvupolku competition in the Southern Savonia region on Monday, May 30th. Fifteen companies were chosen to the regional finals. The competition focuses in companies with the most potential for regional and internation growth. The head of the Jury, Matti Kivipelto, highlighted the ability of U-Cont in taking theories learned into practice as well as the importance of the clear growth plan U-Cont has.

U-Cont will proceed in the competition to the national finals with Proxion Oy, a Company that received an honorary award in the regional competition. 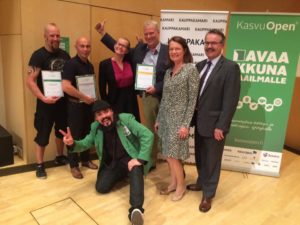 The Norwegian fuel Company Uno-X has brought a group of 80 employees to Lake Saimaa, the home of creative craziness where unique stories are born. Uno-X Automat, Hotel & Spa Resort Järvisydän and U-Cont are planning to astonish Norwegian guests with creative business thinking, relaxed activities, familiarizing with the locals and bedazzling with the nature of Linnasaari national park.

The close cooperation between Uno-X and Finnish U-Cont begun in 2009 when the companies signed a long term contract of supplying fuel stations to Norway. As a result of combining Finnish innovation and Norwegian investment, over 60 fuel stations have been built. The vision has been to further develop the leading automated fuel station concept in the world. A major goal for the cooperation has to reduce the on-site installation time of a fuel station, from 45 days – to four days. The development abilities of U-Cont are a part of the educational program for the Uno-X staff. Two companies are also exploring inovation ideas to reach their business goals in the future.

A delegation of Uno-X Automat was brought to Hotel and Spa Resort Järvisydän on their first visit to U-Cont, aiming to return to the remote, yet beautiful and unique location. The CEO of Uno-X Automat, Ole Johannes Tonnessen, visited Järvisydän the first time last year, liking the Place so much, that he decided to return with the whole Uno-X Automat for the next big annual event.

The four day trip for Uno-X Automat includes visits to local companies, education, raising the team spirit in rowing competition and local culture at a rock consert By the Finnish band, Osmos Cosmos, where the Norwegians meet locals

U-Contin products made an unofficial record of installing Norway’s filling station. The station sold fuel five days after the excavator had touched the ground for the first time. The installation was made in Bodø, Norway. Published 17.6.2014. See the video of installation.